'Once in a blue moon': How rare is this Blue Moon? | Thriive.in

Blog » Inspire » ‘Once in a blue moon’: How rare is this Blue Moon?

‘Once in a blue moon’: How rare is this Blue Moon?

After all this while of using the phrase ‘once in a blue moon’, I realized that it wasn’t all that rare. If science is to be believed, a blue moon is anything but blue and occurs once in every 2-3 years. It is one of the most powerful moons and is supposed to be extremely strong in terms of its effects on us, humans.

What is a blue moon?

For all the moon-gazers out there, here’s a piece of good news! In this lunar month, on Saturday (18th May) you will observe a momentary cameo of a full “blue” moon. Usually, there are three full moons between each of the four astronomical seasons between each solstice and equinox. But in some years, like this year, there are four full moons in a season. So the full moon is called a Blue Moon.

This not-so-blue moon is a special one. Actually, the blue moon is not blue in colour at all. It is, in fact, grey and pale. May’s milk moon, or blue moon, will be one of the largest as well as brightest full moons. However, this is no supermoon, but an actual ‘blue’ moon. What is even better, it is a seasonal blue moon.

This all-in-one blue moon happens once every 2.7 years and what makes it more intriguing is the fact that it is all too powerful. It is said that meditating during this blue moon is a great way to get you closer to self.

What is the phenomenon of ‘moon illusion’?

When the moon is lower, the moon illusion is stronger. Moon illusion refers to the fact that the human brain perceives the size and scale of the moon to be bigger than it actually is. That’s because the objects at the horizon look bigger to humans than things far above.

Please note that the effect of June’s Strawberry Moon won’t be that far in the horizon hence the effects of the illusion will be lesser too! 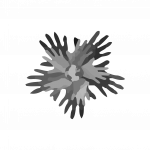 Pranayama is a set of breathing exercises that strengthens the lungs.